Laws in Arizona are Pushing Immigrants Away With Fear 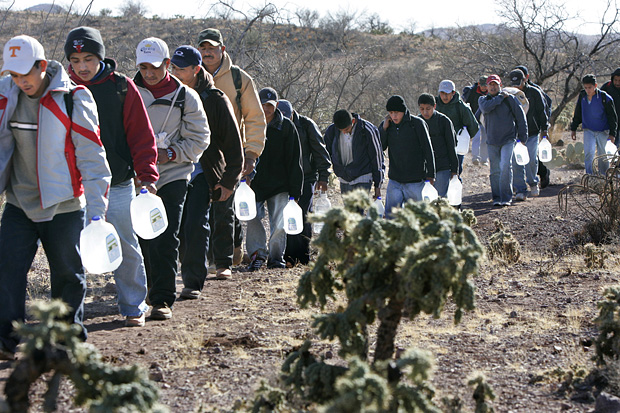 According to some sources, the laws in Arizona that were set up by SB1070 are based around fear. They were designed to make immigrants feel afraid so that they would go somewhere else. These sources also indicated that this has happened, saying that some who came to Arizona have now decided to leave the state.

There have been protests against SB1070, mostly coming from the Hispanic community in Arizona. People do not feel that the law has created fair practices, essentially saying that the police force can abuse the law and their power.

While there are multiple parts to the bill, the main part that people disagree with is the section that says officers of the law have the right to ask for the documentation that someone has, proving they are legally in the state. The officers do not need to have proof that the person has come to Arizona illegally; all they need is a suspicion that the person may have done so, and then they can demand papers to check.

However, some members of the police department say that they absolutely do not discriminate on any basis. They say that they simply look to see if there is probable cause that warrants a further check, and then they talk to Border Patrol about it, calling in those officers to investigate. The police chief even noted that the officers have to call Border Patrol in these cases; they don’t have the option to handle things on their own if they want.

Anyone who feels that their rights have been violated during the family immigration process, under SB1070, may want to look into all of their legal options to ensure that they are given proper respect and fundamental rights.