Managing Student Loans or Discharging Them in Bankruptcy 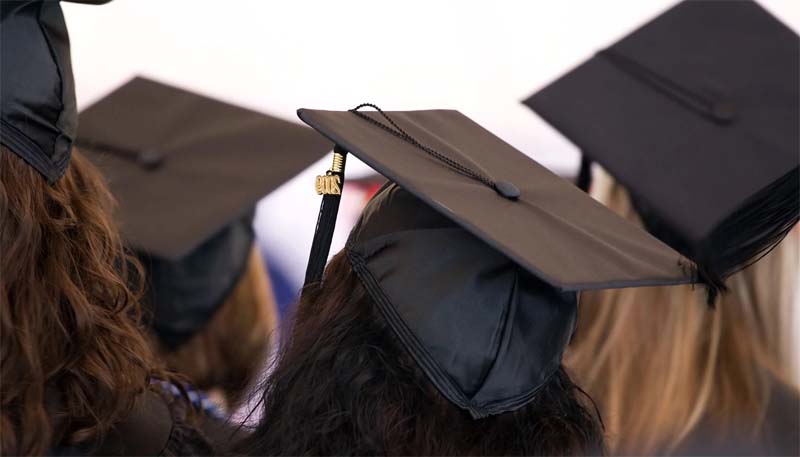 According to Studentaid.ed.gov, the total outstanding debt on student loans as of 2018 was $1.6 trillion!!! This does not consider private student loan. About $92.02 billion of these student loans are more than 90 days late.

The next step is to determine who is holding the debt. The Lender can be the federal government, a private lender, or a school. Direct federal loans, such as the Stafford loan, are either subsidized or unsubsidized. Here, the lender is the Department of Education. FFEL loans are issued by a private lender but are backed by the federal government. With parent PLUS loans, the parent and not the student is the borrower (and the student is not a co-signer). Then there were the Perkins loans, which were discontinued in 2010, and in which the lender was the school.

Student loan repayment can be consolidated and repaid over 10, 25, or 30-year terms. One can also request a graduated repayment plan, in which payments begin at a lower level and then increase. Graduated plans will make the overall loan more expensive.

Repayment of student loans can be deferred if the student engages in at least part-time study, goes to graduate school, or is unemployed for up to 3 years. Forbearance is a broader remedy requiring a proof of general economic hardship. Both will add interest to the total loan.

A better solution is an income-driven remedy. There are several types of income-driven plans, depending on the borrower’s income and family size.

An Income-Contingent Repayment Program (IRC) is available for direct loans only, and requires payments based on 20% of the borrower’s discretionary income, which is the borrower’s adjusted gross income and 100% of the federal poverty level. It has a term of 25 years, and after that, the loan is forgiven.

An Income-Based Repayment Program (IBR) is available for both Direct and FFEL loans but no Parent PLUS loans. Payments are based on 15% of the borrower’s discretionary income, which is the borrower’s adjusted gross income and 150% of the federal poverty level. After 25 years, the remainder of the loan is forgiven.

A New Income-Based Repayment (IBR) is restricted to new borrowers who had their first loan disbursement on or after 7/1/2014. It is based on 10% if the borrower’s discretionary income and has a repayment period of 20 years. Otherwise, it follows the IBR above.

The Pay-As-You-Earn (PAYE) is available for Direct Loans only. Payments are based on 10% of the borrower’s discretionary income, with a repayment term of 20 years. After 20 years the remaining balance is forgivable. It is limited to new borrowers who had no outstanding loans as of 10/1/2007 and no new loan after 10/1/2011. The Revised Pay-As-You-Earn (REPAYE) is like the PAYE, except it is not limited to new borrowers only.

There is a big caveat to all these income driven repayment plans. The forgivable part of the loan when the term of the repayment period ends is taxed as income!!!

Public service loan forgiveness is applicable to any of the income driven plans if the borrower works full-time for a government or non-profit organization. Once the borrower has made payments for 10 years (120 months), the loan is forgiven, and the forgivable part is tax-deductible!

There is also a Teacher Loan Forgiveness Program for a borrower willing to teach in a low-income school, especially math and science, or special-needs children. At the end of 5 years of consecutive service, $5,000 to $17,500 of the student loan will be forgiven.

There are other types of repayment programs that are specialized for certain professions. They are beyond the scope of this article. The repayment options discussed above are the backbone of available repayment solutions.

In fact, bankruptcy may have a negative impact on a student loan if it is Chapter 13. Some Chapter 13 trustees will not allow student loan payments to be included in a Chapter 13 Plan, or they will be included and receive only a small pro rata share, like other unsecured non-priority creditors.

There is a very narrow circumstance in which student loans may be discharged in a Chapter 13 bankruptcy. The borrower must meet the “Brunner test,” named after the case which bears its name. The procedure requires filing an adversary proceeding and proving that payment of the student loans imposes an “undue hardship” on the debtor. The debtor must prove to the bankruptcy court that:

This is a difficult standard to meet, and has been the source of much litigation, in which the Department of Education has put up a big fight. Hopefully, this will change in the near future depending on how the next presidential election goes.

If you cannot pay your student loans, do not ignore the problem. Reach out to an attorney with experience to help you find a proper repayment plan. The longer you put it off, the worse the collection efforts against you will be.