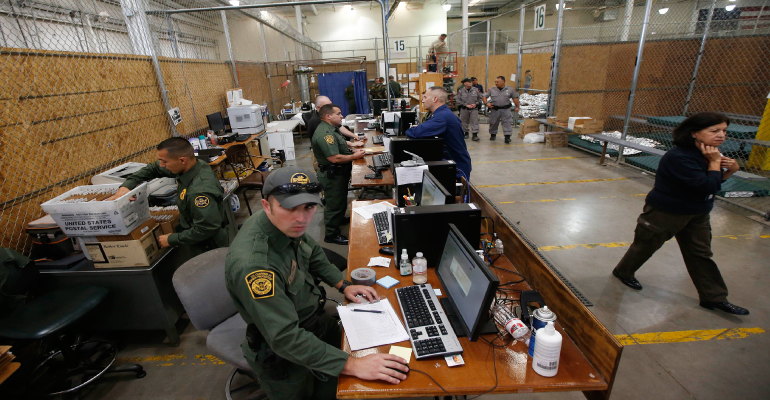 Tucson is the busiest area of border arrests. Operation Streamline, which was introduced in 2008, gives authorities the ability to add criminal charges to the cases of people who tried to enter into the country illegally. There was a hope that the jail time might deter people from trying to cross the border illegally again.

These days, the courthouse that houses the Operation Streamline proceedings seems like something more akin to an assembly line than a courthouse. Each day, 70 immigrants are taken into the courtroom bound with shackles. Some haven’t showered since they were taken into custody. In groups of eight, they stand before the judge.

When it comes time to plan a defense, the immigrants usually only have a few minutes to speak to an attorney. Some of them are advised to plead guilty to the charge of coming into the country illegally.

Despite the fact that the system is already strained with only 70 people facing the judge each day, there is an effort to triple the number of people who go through the courtroom on any given day. This would make an almost automated procedure seem even more like a factory moving at breakneck speeds.

When coming into the United States, immigrants should understand what to expect. Knowing the laws pertaining to family immigration might help immigrants to enjoy an increased chance of success in the country.