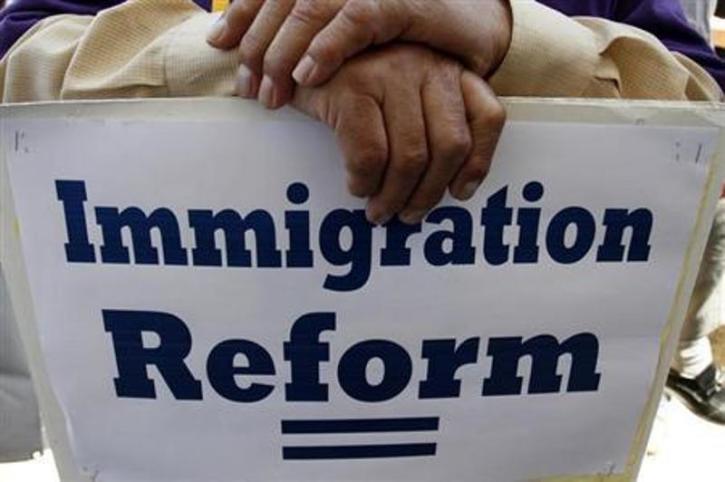 Immigration reform has been a hot topic among many in recent years, including among the clergy. Recently, a group of Catholic leaders converged upon the Arizona-Mexico border near Nogales to push for immigration overhaul; an issue they say is not political or economic, but moral.

Dozens of immigrants die each year attempting to cross the border on foot, often in scorching heat across waterless tracts of desert. Thousands more are subjected to difficulties and suffering on the crossing, only to be placed in deportation proceedings further down the road.

The delegation of Catholic leaders numbered nine bishops and 17 priests. They toured a section of the border alongside the border patrol, and planned a visit to a federal courthouse where deportation proceedings were to commence. The delegation also held mass in the shadow of a border fence, passing out communion wafers to hands outstretched through the bars of the barrier.

The group’s ultimate goal is to effect change in the country’s immigration laws, changes that would reduce the suffering endured by immigrants and give them a path to citizenship. Though such measures have support by both the Democrat and Republican parties, bills to enact reforms have stalled due to disagreements over implementation. Though a bill was approved in the Senate in June, it failed to pass through the Republican-controlled House of Representatives.

For the time being, it seems as though immigration reform is still a long way off. In the meantime, those wishing to immigrate to America will have to use the current legal channels, such as employment immigration.

Employment immigration, also known as business-based immigration, is the practice of coming to America with the intent to work here for a set amount of time. Work permits can be difficult to acquire, but they provide a direct route for workers seeking to put their talents to work in America. This is the preferred route for thousands of immigrants every year.

Asylum is another way immigrants can enter or remain in the country. If a person would be put in danger of deportation or oppression in their home country, they may be able to receive asylum in America. Asylum is not easily received, but it can provide long-term protection for those who cannot safely go elsewhere.