Trends in Asylum – Release Without Fear Interview or Court Hearing 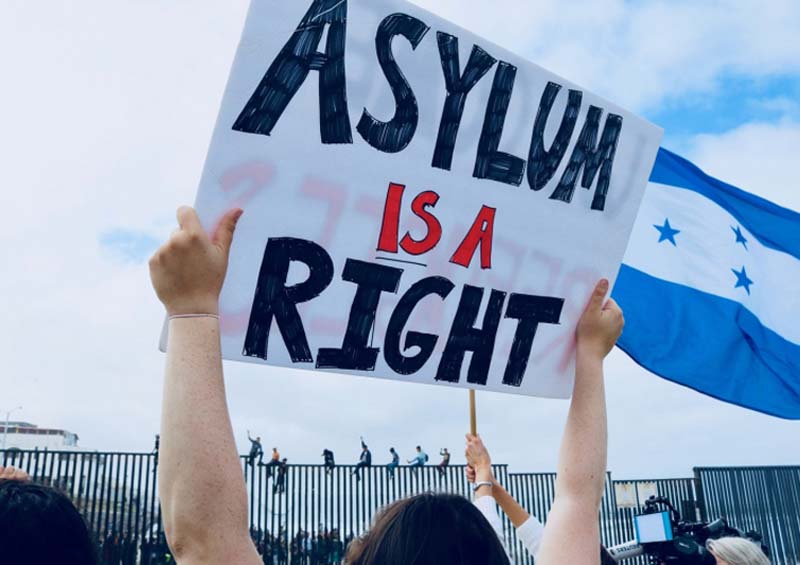 I last wrote about parole and the difference between parole and bond. Today I am going to address what we are seeing at the law office in terms of parole and how the trend influences applying for asylum.

Traditionally, the border parole had a right to release people coming to the border on a “case by case” basis, meaning each case is treated individually, so there is no hard and fast rule for releasing people. The border patrol looked at the facts in each person’s case to decide whether to release them or send them to a detention facility.

After looking at a person’s situation on a case-by-case basis, the border patrol is allowed to release people on parole for “urgent humanitarian reasons” or if there was a “significant public benefit.”

A person could get released for urgent humanitarian reasons if they had a health problem, or the person is a pregnant woman. Most of the time now, the border patrol will also release a family unit. The discussion in legal writing on what is a significant public benefit is skimpy and not well defined. But it generally applies if the person is a witness needed in a U.S. court.

During this entire time there was a lot of talk about how the Biden administration was going to update U.S. asylum procedure so that people could have their cases heard more quickly. There also were court battles going on about opening the border, which had closed under the Trump administration, and whether to keep the Mexican Migrant Protocol policy in place, which required everyone to get a number and then wait until their number was called. Biden wanted to open the border  and get rid of the number system. For this reason, he came up with a new asylum policy, which I will write about in an upcoming article.

In the meantime, the Biden administration proposed that the standard governing parole should be expanded to allow the border patrol to release people not only if they had a serious medical problem but also there was not enough space in detention facilities. It costs the United States government a lot of money to run detention facilities. The Biden administration believes that detention should be used only for those people who pose a flight risk, meaning they are not likely to show up in court if they are released, or are a danger to the community, meaning they have a criminal record.

However, after listening to public comment about the proposed rule, the Biden administration decided to keep the rule as it traditionally has been.

Then beginning in early 2021, as the border opened up, there were more people trying to come into the United States than what the border patrol could handle. Some of these people had been waiting in Mexico in horrible conditions for a long time. On top of that, there were new people coming to the U.S. border seeking protection.

The border patrol could not handle doing the paperwork that was required for all those people who expressed a fear of persecution in their home country. Traditionally, the border patrol would refer these people to ICE ERO, the agency that handles deportations, and ICE ERO would then refer these people for a credible fear interview with an asylum officer. These people would stay in detention until they passed the credible fear interview with the asylum officer, unless ICE released them on parole, or they were released on bond by an immigration judge.

But there were just too many people, so the border patrol released everyone who was not a flight risk or a danger to the community and told them to report to deportation officer in the city where they were going. Many people were released this way under a policy known as “Operation Horizon.”

Most people released under Operation Horizon reported to the deportation office in the city where they lived. But they didn’t know what to do next. How should they get their asylum case started. The new asylum process they heard about in the news involved interviews with asylum officers but ICE ERO, the deportation office, was not telling them anything about an interview with an asylum officer.

To complicate things, some people paroled in under Operation Horizon received a Notice to Appear also known as the “NTA”. This document lists all the charges the U.S. government has against a person entering the United States without a visa. When the government attorneys file the NTA with the immigration court, it begins the asylum case with the court. The person can then file their I-589, Application for Asylum with the court. Once the I-589, Application for Asylum if filed with the court, it begins the count down for when the work authorization can be filed to work legally in the United States.

However, many of the NTAs these people received were not filed with the immigration court, so the traditional asylum process could not be filed.

For people who HAVE NOT received an NTA but were released with Notices to Report to the deportation office where they live, they can file their I-589, Application for Asylum with USCIS, another U.S. agency that handles applications for green cards and citizenship. The asylum officers that handle the credible fear interviews also belong to the USCIS.

All of this is very confusing for most people. It is best to hire a professional immigration attorney to help through this confusing process. People with NTAs can also check to see if they have received a court date by entering this link in a search bar – https://acis.eoir.justice.gov/en/  and then entering their A number, the 9-digit number on their immigration documents. They should check this link every couple of weeks because it is important to not miss a court hearing.

I hope this information has been useful to you.