Who Is Granted Asylum in the United States?

According the The Economist, the number of asylum-seekers from China has vastly increased since President Xi Jinping rose to power in 2012. Around 70 percent of those fleeing China file for asylum in the United States.

Below is a visual graph compiled from data by the Department of Homeland Security which shows that 4,800 plus Chinese were granted asylum in the U.S. in 2020. This is a decrease from almost 8,000 in previous times and due to pandemic restrictions.

The second most common nationality to receive asylum in the U.S. are those from Venezuela, followed by Guatemala, El Salvador and Turkey. Overall asylum grants reached a low in both 2020 and 2021. 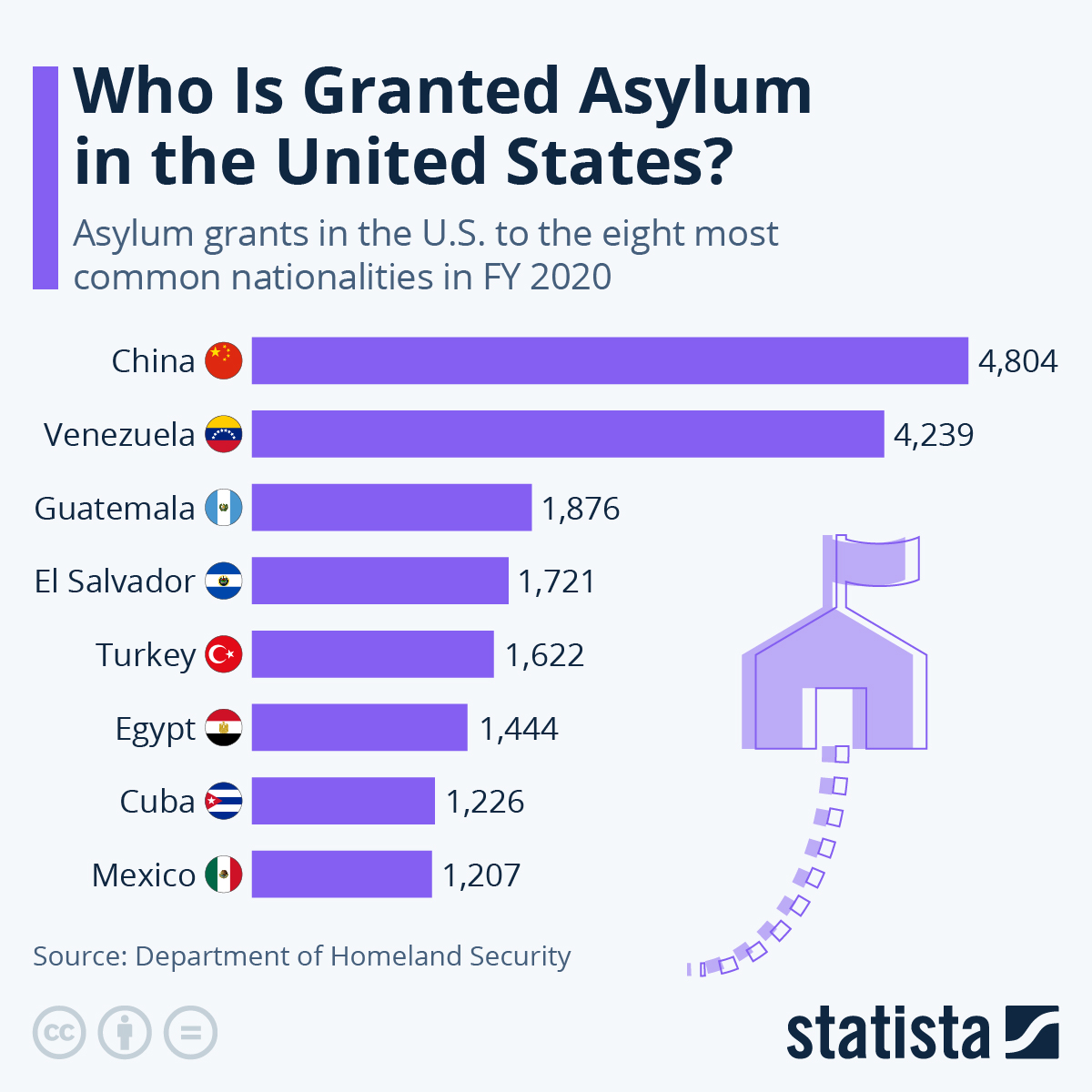